Why explore peacekeeping at the local level?

While peacekeeping data exists widely at the country level, the Geo-PKO dataset is one of the first to enable scholars, students, analysts and the public to explore variations in peacekeeping at the sub-national level. This provides insight into themes such as troop composition and peacekeeping presence across geographic boundaries. When combined with DPCR’s other datasets, including the Uppsala Conflict Data Programme (UCDP) and the Violence Early-Warning System (ViEWS), Geo-PKO can also enable exploration of the relationship between sub-national peacekeeping and conflict. Click ”Explore Geo-PKO Data” at the top of the page to see animated maps of how troop deployments change spatially over time and within missions.

MISSIONS IN THE GEO-PKO DATASET

The Geo-PKO dataset v 2.1 provides data on UN peacekeeping missions, 1994-2020. The first version, Geo-PKO v 1.1, was released in 2019 and covered only missions to intrastate armed conflicts in Africa. Version 2.0 was completed in 2020 to extend the dataset to cover all missions (dealing with intra- and interstate conflicts) globally. Subsequent versions are released to update data. 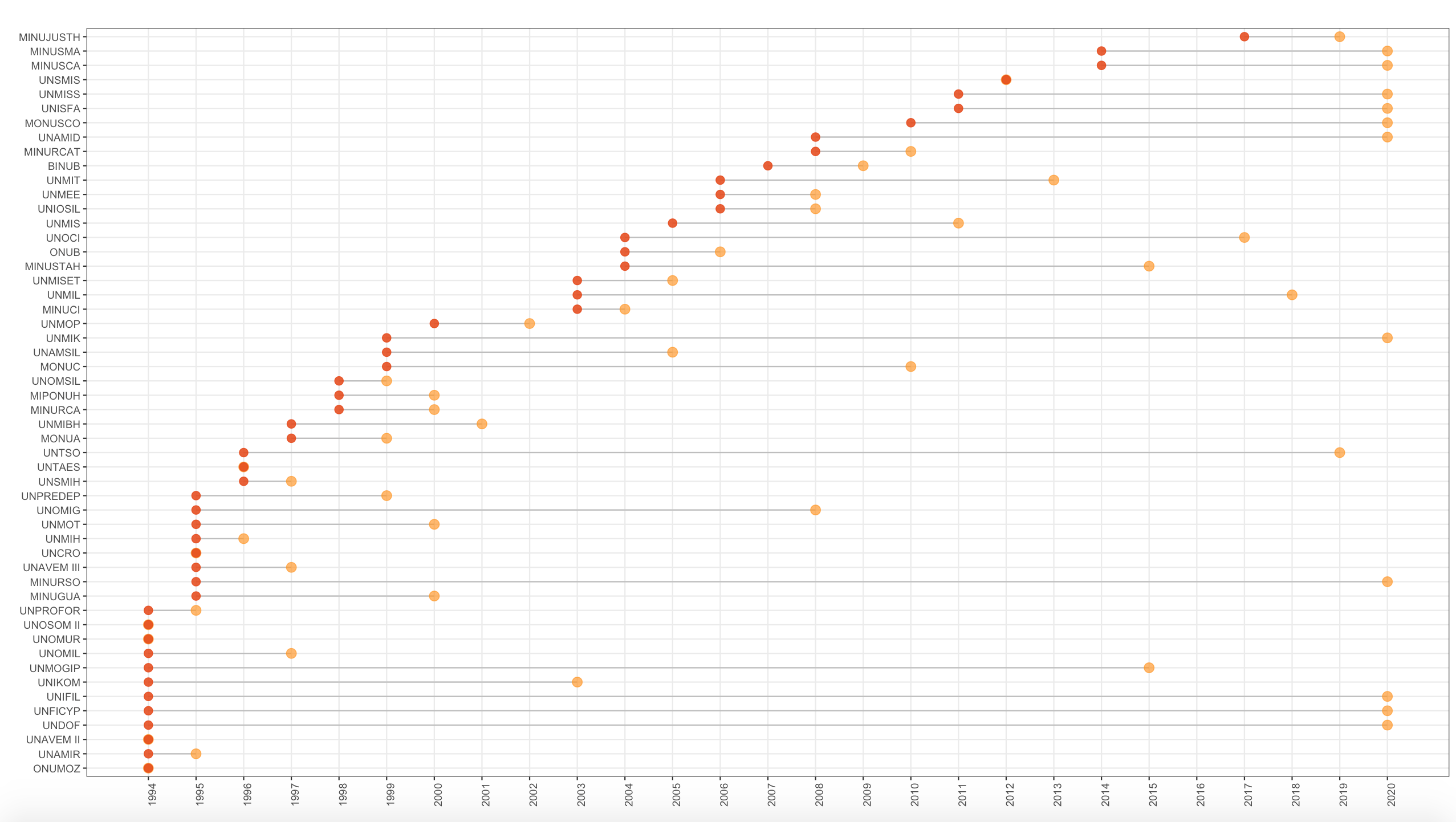 Geo-PKO data can be explored visually at the Geo-PKO Dashboard, or downloaded in CSV or RDS format below. To read about and replicate analysis and visualisation using the Geo-PKO dataset in RStudio, click here.

Please note that data has been coded in accordance with digitally published United Nations peacekeeping deployment maps, and some limitations may be found. Troop numbers are based on units identified in each map, in line with standard UN and NATO military unit sizes. The dataset is current as at December 2020.

When using the data, please cite:

Previous versions of the dataset